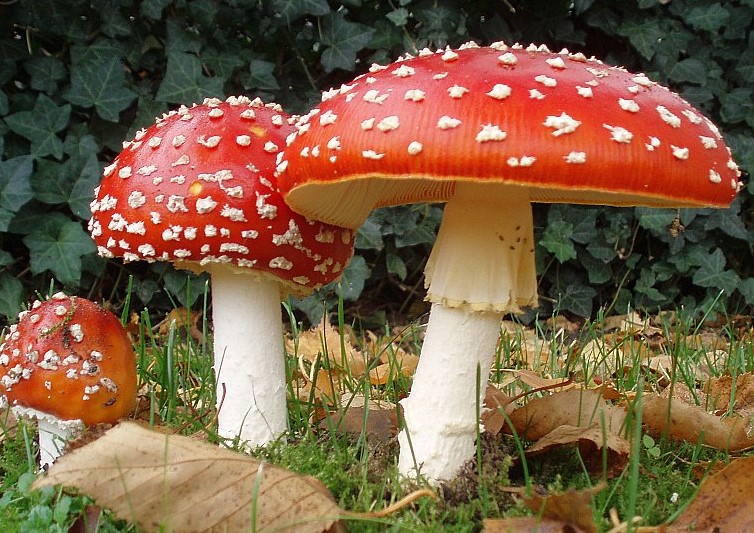 Fly amanita (Amanita muscaria) was one of the first three plants to be domesticated for their psychoactive properties by early Eurasian groups. Ample evidence exists that it had an important place in traditional European folklore, medicine and religion. However, fly agaric seems to have disappeared from its central role in shamanistic ritual, perhaps because of its mind-altering effects on humans or resistance on part of native shamans against what might have been perceived as a loss of power within the group. Another possibility is that fly agaric’s visionary reputation among Siberian tribes led missionaries to discredit it as the “devil’s drug”. The plant also had roles in smaller scale societies further south, both as a medicinal plant and as an intoxicant, but not to the extent that it was used in northern Eurasia.

Fly Agaric as a Medicine in Europe

“The first printed book on pharmacology was the work of a German scholar Valerius Cordus (1515-1544), where he referred to its effectiveness against epilepsy. The Jesuit Athanasius Kircher later claimed that fly agaric protected humans from pestilence. He himself had observed the strange practice among some Siberian tribes who inhaled fumes produced by burning dried Amanita muscaria for ritual purposes. This custom inspired him to suggest its use as a way of averting the Black Death. In his book “Scrutinium Pestis” (1658) this savant proposed that fly agaric could be used to protect plague sufferers from its ravages. Hahnemann, who was a great admirer of Kircher’s work , later suggested in 1832 that preparations from fly agaric could be used for treating hemorrhage.

In Europe, it has been used as medication at least since the early modern period and some traditional herbalists still prescribe it on occasion. Even though it is believed to have been generally effective against diseases such as tuberculosis, malaria and erysipelas, reports on using Amanita muscaria as medicine become scarce from the 18th century onwards. It became a novelty and its popularity among the haute bourgeoisie and bohemians led to some rather extravagant preparations of it, such as turning it into chocolates, infused with coffee or mixed with wine, tobacco and honey (Hofmann 1996). Other European medical traditions that incorporated fly agaric were those of the Slavs and the Finno-Ugrians. The former used it as part of magic rituals involving water while for the latter group Amanita muscaria was one of several psychoactive mushrooms employed during seances to communicate with spirits. Shamans usually ingest dried caps or drink an extract made from them.”

The use of this mushroom does not seem to have been limited to the Old World, as there are reports that some native North Americans used it for similar purposes. The Koryak people of Siberia believed that agaric strengthened seances conducted by shamans. Even though they were not necessarily curative , seances with Amanita muscaria acted as a stimulant, preventing the shaman from falling asleep during long hours of drumming and chanting.

Although it is difficult to pin down just how European healers reached their conclusions about what constitutes an effective remedy, their methods seem rather different from those found in Siberians who communicated with spirits or American Indians who gathered information from guardian animals. As can be guessed from writings on medical practice over time, much knowledge was based on traditional accounts handed down from one generation to another. While this might provide a deep understanding of local conditions, it also hampers attempts by modern scholars to penetrate the secrecy shrouding ancient remedies.

Two recent studies have added fuel to the controversy surrounding Amanita muscaria as an AOD (Altered States Drug). The first study was conducted on mice by Leung et al., who found that injections of hot water extract increased exploratory behavior in their subjects after oral administration. Once again, this research is reminiscent of Siberian tribesmen who would take dried caps and rub them vigorously until they produced perspiration, then drink the resulting fluid.

A paper in the journal Nature contains some provocative research on fly agaric. It turns out that there is a group of enzymes (called phenoloxidases or POXs ) whose activity helps insects make poison from their food.

We know already that agaritine, the principal toxin in this mushroom, inhibits DNA synthesis and division, but it seems to have some rather unusual effects on cell metabolism. Firstly, it increases glucose uptake by cells without affecting cellular respiration. Secondly, the rate of glycolysis or production of energy from sugars remains unaffected while a marked stimulation of the pentose-phosphate pathway is observed. It appears that agaritine forces glucose to be used by cells as a precursor for DNA synthesis, resulting in an increase in cell proliferation.

It also stimulates production of tyrosine, an important component of neurotransmitters, which leads us to suspect that it may have role to play in cell differentiation during embryonic development. The inhibitors of POX enzyme used by the researchers were found to block this effect and furthermore prevented transformation of a proportion of embryos injected with a plasmid containing a gene linked with cancer (RB). Since fly agaric inhibits this same enzyme, one wonders whether ingestion could alter genes/proteins involved in tumor suppression and promote formation of tumors.

More experiments are obviously needed. The first step should be to determine the concentration of agaritine in fly agaric and estimate how much would be required to exert a pharmacological effect. We also need data on the bioavailability of this toxin, whether it is present as agaritine or some other derivative and whether it has been used by humans for therapeutic or recreational purposes.