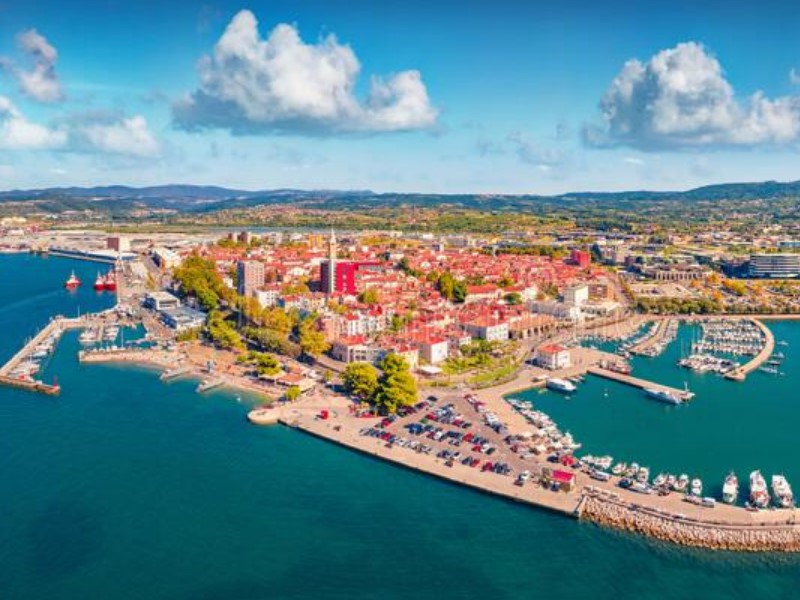 Koper, Slovenia is the biggest city located along the small Slovene Riviera, a sunny coastline boasting a vibrant Adriatic allure. Its enticing beauty is the reason why Koper real estate is gaining more popularity these days.

The moment you pass through the Muda Gate, the former entrance of the town, you will be welcomed by the interesting explosion of Slovene art, architecture, zesty culinary staples, and vivacious neighborhoods that hum with life.

The scenic seaboard of Slovenia spans a length of 30 miles. Koper is a port city located along the northern tip of the shores of the country close to the Italian border as well as the Italian city of Trieste.

The town of Koper is home to historic buildings, Venetian architecture, fresh seafood options, the majestic, mesmerizing Praetorian Palace, and so much more.

Everything is just waiting for you to explore and discover if you decided to visit or even stay for good on your Koper real estate property in this wonderful seaside destination.

History and Culture of Koper

Once upon a time, Koper, Slovenia was a crucial center for the maritime empire of the Republic of Venice. Before, and following that period, Koper also became a strategic spot for various rulers.

Koper was originally established on an island and was a Greek holding named Aegida. During the Roman rule, this port was also called Capris before being named Iustinopolis during the 6th to 8th centuries when the area was under the control of the Byzantine Empire. This period coincided with the Slavs’ arrival more or less.

When the 12th century came, the Istrian peninsula where Koper is found was nominally ruled by the Aquieleian Patriarch, a “see” or ecclesiastical district based out of Aquileia, the Roman city.

Koper then came under the rule of the Venetian Republic and was then called Istria. This served as their regional capital from the late 13th century up to the late 18th century. Architectural pieces of Venetian continue to be evident in most of the historical buildings of the city.

Istria saw several Turkish invasions starting from the late 15th up to the early 16 century that wreaked havoc on the local population and economy. It was also occupied by Napoleon for a time in the late 1700s, and when the early 1800s came, Istria came under the rule of Austria. The area was then controlled by Italy when World War I ended.

After World War II, the influence of Italy in the region started to wane. Koper and the Istrian peninsula soon became a part of Yugoslavia. When Yugoslavia was dissolved, Koper then became the Republic of Slovenia’s main port, established during the early 1990s.

Koper is also an ideal point to kickstart your exploration of scenic settings and nearby towns such as Lake Bled, Piran, and the capital city of Ljubljana, all of which are less than a 2-hour drive from this port city.

If you have always dreamt of living in a place with many natural marvels, buying a Koper real estate property is a decision that can give you exactly just that.